About History in Santa Fe

This website is the culmination of three decades of historical research by Ana Pacheco that is now being disseminated through books, videos, a tour and the Santa Fe 101 guide.

Ana Pacheco is the daughter of Jesus Pacheco and Natalie Ortiz, whose Ortiz ancestors settled in Santa Fe in 1692. Natalie was a descendant of Nicolas Ortiz, the second in command with Diego de Vargas, who led the resettlement of Santa Fe after the Pueblo Revolt of 1680. Don Gaspar Avenue in Santa Fe is named after Natalie’s great-grandfather, Don Gaspar Ortiz. The Ortiz Room at the Santa Fe Hilton Hotel and Ortiz Street near the Plaza are named in honor of Nicolas Ortiz.

Ana was born at the old St. Joseph’s Hospital in Albuquerque while her father was working as a butcher at the Piggly Wiggly store. He was from a family of carniceros whose tradition began in the late 1800s when his father, Martín, and his two uncles, Andrés and Higinio, opened a slaughterhouse on Penn Road in Santa Fe. Jesús and Natalie Pacheco lived in Pajarito, a small enclave on the far west side of Albuquerque. Their community church was San Agustín on the Isleta Pueblo, where Ana was baptized in 1956. 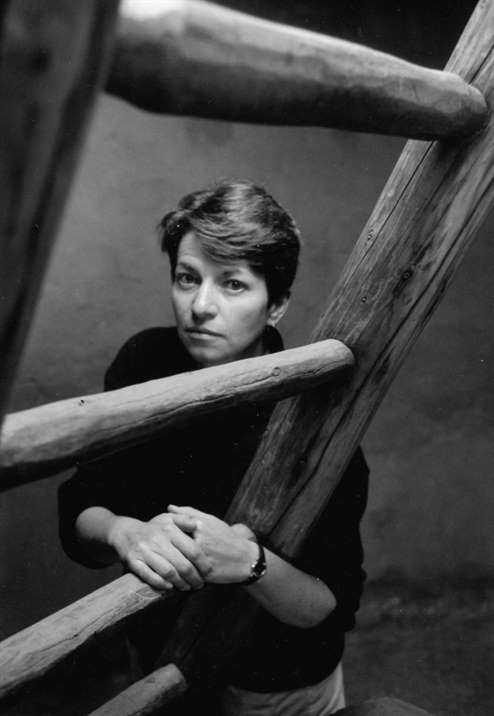 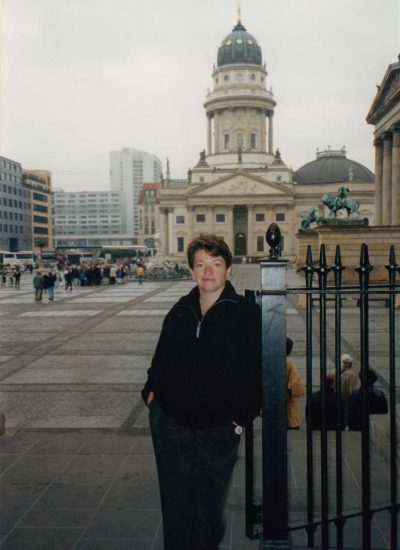 In 1960 the family moved back to Santa Fe and Ana began first grade at St. Francis Parochial Elementary School. By her third year it was apparent that she wasn’t cut out to follow a structured setting, and she was expelled from St. Francis when she defiantly flung a desk at the nun in charge. Her mother was distraught, since her second-born child broke the family tradition of generations before, and would not receive a Catholic education. She reluctantly enrolled her in the public school system, and Ana went on to attend Kearny Elementary, De Vargas Junior High School, and Santa Fe High School, from which she graduated in 1974. She then enrolled at the College of Santa Fe, where she majored in theater, and that’s where the prayers of Natalie Ortiz Pacheco, who lamented her daughter’s wayward path, were answered.

In the College’s Performing Arts Department Ana’s life made a change in course when she became a student of Broadway actress Kim Stanley. Ana’s inquisitive nature caught Stanley’s attention, and she was appointed stage manager for the production of Bus Stop in 1975. It was during this time that the actress encouraged her to quit school, move to New York, and become a writer. Ana heeded her advice, and to this day credits Stanley for changing her direction in life. She continues to be amazed that she got to know what some people believe to be the greatest actress of the 20th century, right in her hometown of Santa Fe. [ Click here ]

Ana hit the ground running when she arrived in New York in 1976; within two weeks she had an apartment, got a job waiting tables, and became the assistant stage manager for the production of The Follies at the Equity Library Theater on Riverside Drive. For the next three years she continued to work on various off-Broadway productions. In 1979 she took writing courses at the New School in Greenwich Village and began her publishing career. She has held positions as an advertising sales executive with entertainment, Hispanic, and financial service publications and wrote freelance articles for a variety of magazines.

After 16 years in New York, Ana returned to Santa Fe in 1992 to care for her mother, who had stage-four breast cancer. When her mother died 18 months later, she decided to stay in Santa Fe. In 1994 she founded La Herencia, a quarterly bilingual journal dedicated to the preservation of Hispanic culture, which she published through 2009. She also published and edited four books: Las Comidas de los Abuelos, a cookbook featuring authentic northern New Mexico recipes; ìConcha!: The Authorized Biography of Concha Ortiz y Pino de Kleven, Matriarch of a 300-Year-Old New Mexico Legacy; Albuquerque Feliz Cumpleaños: Three Centuries to Remember; and Saints & Seasons: A Guide to New Mexico’s Most Popular Saints, which she authored as well. 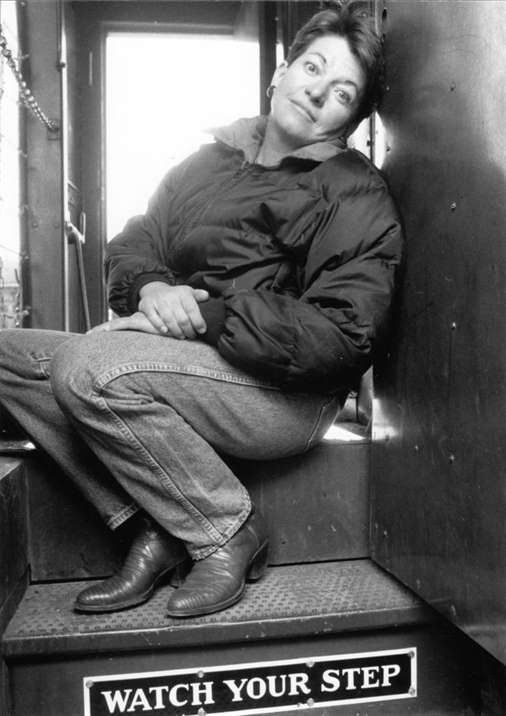 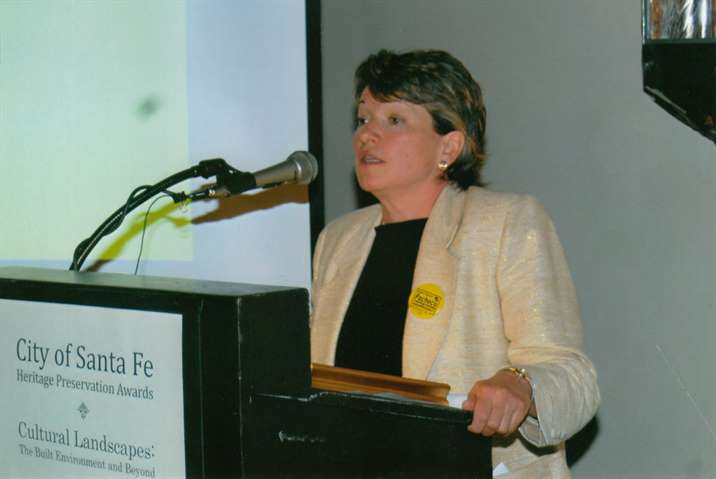 During that time she served for seven years on the board of directors for the state’s National Hispanic Cultural Center. She hosted a weekly Hispanic radio show for Citadel Communications for three years and was on the Wells Fargo Community Advisory Board and Santa Fe Fiesta Foundation board for several years.

For six years Ana wrote the weekly column “A Wonderful Life” for the Santa Fe New Mexican, documenting the oral histories of the elder community. Her biography, J. Paul Taylor: The Man from Mesilla, was published by the Museum of New Mexico Press in 2012. In the spring of 2013 her book Legendary Locals of Santa Fe was published by Arcadia Publishing. Since then Arcadia and the History Press have published four more history books by Ana Pacheco. Ana also  served as the City Historian of Santa Fe from 2015 through 2o17.

Ana Pacheco has won numerous awards for her writing and editing of local history, and she enjoys all styles of writing, including making light of human foibles-especially her own.

Media Links on The Work of Ana Pacheco