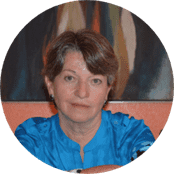 Bud Kelly, died on August 18, 2020 at the age of 99. Even into his late nineties, Bud remained active. I used to see him every Sunday at five o’clock mass at the San Miguel Mission. The last time I saw Bud was at church at the beginning of March. Then the Corona virus shut down the city. I’d also run into Bud at cultural events around Santa Fe. At the time of his death he was still a board member for some cultural institutions in town.

Daniel T.“Bud” Kelly, Jr. came into this world in 1921. He was born at the family home at the corner of Lincoln Avenue and Paseo de Peralta. Today, Century Bank is located in the building where Bud grew up. His father, Daniel T. Kelly Sr., ran the Gross Kelly Company, a mercantile business founded in 1895. The business was started by Bud’s two grandfathers, Jacob Gross and Harry Kelly.

As legend has it, Jacob Gross, from St. Louis, and Harry Kelly, from Leavenworth, Kan., met while working in Kansas. They worked for Miguel Otero of the Otero Seller Company, who distributed products along the Santa Fe and Atchison Topeka rail lines. The two men became partners and bought the business from Otero. The partners opened their first location in Las Vegas, N.M. Within a few years, they had offices in Santa Fe, Albuquerque, Gallup and other parts of the state. Santa Fe’s old Gross Kelly warehouse is located at the Santa Fe Railyard where Barker Realty has its offices today.

In addition to the mercantile stores, Gross Kelly operated ranches throughout New Mexico.It was while working on the ranch in San Miguel County as young man that Bud Kelly became an able-bodied ranch hand, which was a stark contrast to his Ivy League school days. His father, who had graduated from Harvard in 1908, felt that his son would get a better education back east, so at age 13 he was sent to Portsmith Priory in Rhode Island for five years. Kelly graduated from Harvard in 1943 with a degree in business.

During World War II Bud became a second lieutenant in the army field artillery, serving in Europe. After the war he received his MBA from Harvard and returned to New Mexico to work in the family business. In 1951 he was called back to military duty during the Korean Conflict. In 1954 he came home and worked as president of Gross Kelly until it was sold to the Kimbell Company later that year. He then became a partner in the Howell Ernest Insurance Company. In 1965, the Howell Ernest Company became the Kelly Agency, which Bud operated until his retirement in 1985.

In retirement Bud shared his business acumen as a board member of organizations like the First National Bank, St. John’s College, Santa Fe Prep School and the Santa Fe Opera. He also served as the president of the board of the School of Advanced Research. Without a doubt, Santa Fe has lost a good friend and citizen with the death of Bud Kelly.

PrevPreviousJ.Paul Taylor: A Century Well-Lived in Mesilla, New Mexico
NextJohnnie’s Cash Store on Don Miguel Still in Business After All These YearsNext