Be a Part of History in Santa Fe

Exclusive Offers for Your Support

First Wednesday of every month at 7 pm MST. Members get free access when booking through their membership dashboard.

Foods of the Indigenous Southwest, Mexico & Spain. Full access to ebook and 50% off coupon for print edition.

Get coupon codes for 15% off all historical walking tours with Ana Pacheco.

History of Santa Fe – From the longest war in recorded history between the Moors and the Spaniards to the Pueblo Revolt of 1680 to the dawn of the Atomic Age. Highlights of Santa Fe during the last four centuries detailed with an historical timeline.

New Mexico Death Rituals – The history of death rituals in New Mexico through the mid-twentieth century, along with death practices of cultures throughout the world.

Pueblos of New Mexico – An historical overview of New Mexico’s nineteen Pueblos with photos from 1866 – 1925. New Mexico is the only state in the U.S. that has allowed the indigenous to remain on their ancestral land.

Only in Santa Fe – Unique history highlighting four hundred years of architecture, spirituality and the people that continue to make Santa Fe the City Different. Historical facts that will help you understand how Santa Fe became the most historically significant city in the country.

Santa Fe as a Spiritual Refuge – Santa Fe’s history of major religions and spiritual groups that sought refuge as a result of a war and persecution. Many believe that Santa Fe is a beacon for the spiritually conscious because of the surrounding mountain vortex.

New Mexico’s Crypto Jews – Of the nineteen founding families of Santa Fe eleven are believed to be the Sephardic Jews who hid their faith for centuries in fear of persecution.

Santa Fe, 109 E. Palace Avenue and the Manhattan Project – Find out how New Mexico became the birthplace of the Atomic bomb. 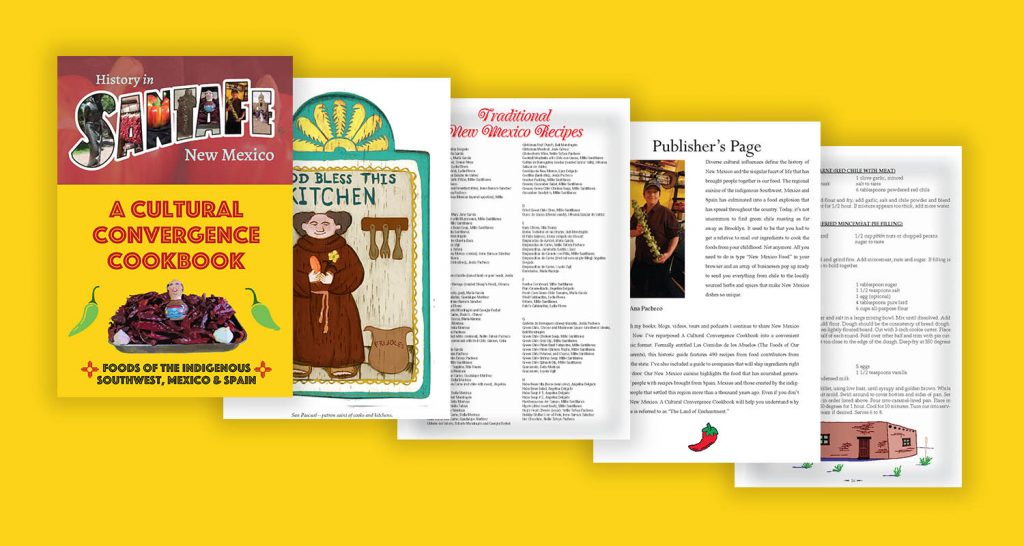